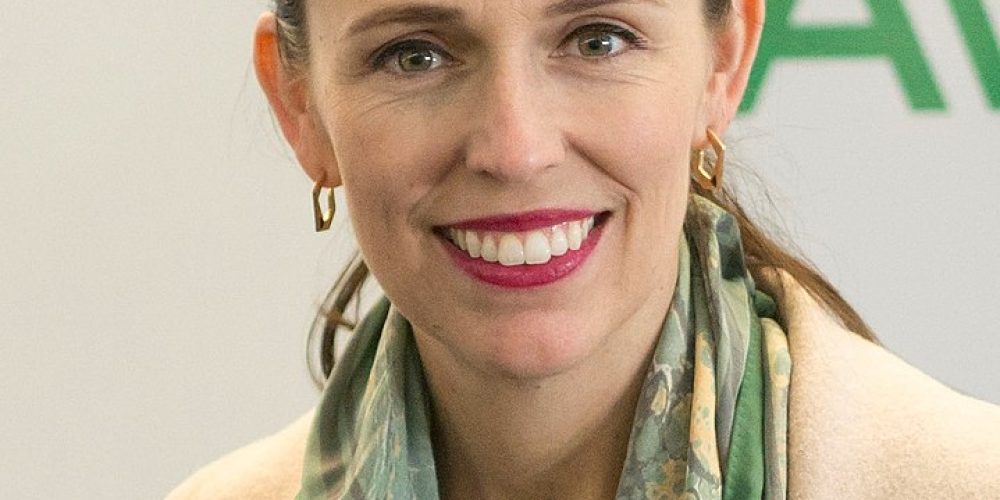 In 2017, Jacinda Ardern became the leader of the New Zealand Labour Party and then in October 2017, at age 37, she became the country’s youngest prime minister in more than 150 years.

Early life and start in politics

Ardern was born to a Mormon family in Murupara, a small town best known for its high concentration of Maori gang activity. Seeing “children without shoes on their feet or anything to eat for lunch” inspired her to eventually enter politics. Ardern’s experience growing up in Murupara taught her the importance of fighting for the rights and welfare of marginalized communities, which is why she decided to pursue a career in politics.

Ardern embarked on an “overseas experience,” a trip to Britain that is usually seen as a rite of passage for the children of New Zealand’s middle and upper class.

In 2007, she was elected president of the International Union of Socialist Youth (IUSY). This position took her to destinations such as Algeria, China, India, Israel, Jordan, and Lebanon.

Ardern was chosen as Labour’s candidate for MP of the Waikato district in 2008. Despite losing by some 13,000 votes, she entered parliament as a list candidate.

New Zealand’s mixed member proportional election system allows candidates who run for a district seat to also be on a party’s list of candidates, from which 49 MPs are chosen in proportion to the number of votes received by their parties.

At age 28, Ardern was elected to the House of Representatives as its youngest member. In her maiden speech, she called for the introduction of compulsory instruction in the Māori language in New Zealand schools and castigated the New Zealand government for what she characterized as its “shameful” response to climate change. In addition, Ardern was named Labour’s spokesperson for Youth Affairs and appointed to two committees: Regulations Review and Justice and Electoral.

In 2011, Ardern ran for the seat representing Auckland Central that was held by Nikki Kaye of the New Zealand National Party. Kaye narrowly (717 votes) won the race, dubbed the “Battle of the Babes,” but once again Ardern returned to parliament as a well-placed list candidate.

New Zealand Prime Minister Jacinda Ardern was appointed as the Social Development spokesperson in 2014. In the 2017 election, she faced off against Kaye for Auckland Central seat, but lost by 600 votes. Nonetheless, she was still able to return to parliament as Labour’s number five on their list. In 2018, Ardern was given additional portfolios including Arts, Culture and Heritage; Children; Justice; and Small Business.

Ardern’s political profile increased in prominence, and as a result, the details of her personality and personal life became better known. Ardern is opposed to the Church of Jesus Christ of Latter-day Saints’ stand on homosexuality and same-sex marriage, which gained her notoriety by performing as a disc jockey.

After becoming the Prime Minister of New Zealand, Jacinda Ardern faced criticism for her appearance. She described herself as an “acceptable nerd” and said that she approaches life “relentlessly positive.”

In 2017, Ardern registered a landslide victory in the parliamentary by-election for the vacant seat representing the solidly Labour district of Mount Albert in Auckland. When Labour’s deputy leader, Annette King, announced her resignation, Ardern was unanimously elected as her replacement. Meanwhile, as the general parliamentary election scheduled for September 2017 approached, Labour’s showing in preference polling was abysmal.

After nine years in power, the National Party’s popularity appears to be waning. A pair of polls in July found Labour Party support to be at 25%, 6% worse than their standing in June. With less than two months left before the election, leader Bill Little stepped down but not before securing Ardern’s pledge to stand as his replacement (reportedly she refused seven times before agreeing). Ardern was elected unopposed on August 1st and is now leading the Labour Party into the election.

The 2017 election of Jacinda Ardern

Ardern, a charismatic young leader with an optimistic outlook, quickly energized voters and rose in the polls as she called for free university education, reductions in immigration, decriminalization of abortion, and new programs to alleviate poverty among children.

Ardern promised to give marginalized groups a “fairer deal” than they have received in the past. She was met with acclaim by pundits who compared her to other rockstar politicians, such as Canadian Prime Minister Justin Trudeau and former U.S. president Barack Obama

After initially responding that she had no problem answering the question, Ardern later backtracked and said that employers should not be asking prospective female employees if they plan on taking time off to have children.

New Zealand First’s leader, Winston Peters, kept the country in suspense for weeks as he negotiated with both the National Party and Labour over New Zealand First’s potential participation in a coalition government. Finally, on October 19th, Peters went on national television to announce that he had chosen to go into a partnership with Labour that would be further dependent on “supply and confidence” support from the Greens.

Ardern was sworn in as the 40th Prime Minister of New Zealand on October 26.

In June 2018, New Zealand Prime Minister Jacinda Ardern gave birth to her first child, a girl. This made her the first leader of a country in nearly 30 years to give birth while in office.

In March 2019, New Zealand’s Prime Minister Jacinda Ardern was called upon to lead and comfort her country after an attack on a mosque in central Christchurch resulted in the loss of at least 50 lives.

In both cases, the assailant allegedly was a 28-year-old white supremacist Australian national who had posted a 74-page anti-immigrant manifesto on social media before beginning his attack with assault rifles and shotguns.

The shocking anti-immigrant motivation for the attacks was especially jarring in a country with a reputation for welcoming immigrants. Indeed, Ardern had recently announced that in 2020 New Zealand would be increasing the number of immigrants it accepted annually from 1,000 to 1,500.

New Zealand Prime Minister Jacinda Ardern’s compassionate response to the mosque attacks and her calm, measured response to a volcanic explosion on Whakaari/White Island in December 2019 earned her praise from around the world.

Many New Zealanders seem to be less than satisfied with the prime minister’s record on tackling housing shortages and child poverty, issues that she had pledged to address.

The parliamentary election called for September 2020 promised to be a close one, but the dynamics of the election were changed by the outbreak of the coronavirus pandemic that swept the world, beginning early in 2020.

New Zealand’s Prime Minister Jacinda Ardern responded to the global pandemic by quickly halting foreign visitation and imposing a strict nationwide lockdown. This hurt the country’s tourism-dependent economy, which had been struggling historically.

New Zealand’s economy contracted by more than 12 percent in the June 2020 quarter, marking the steepest quarterly decline in recorded history.

Despite this public health response, the country experienced a quick and thorough containment of the outbreak. By August, there was no evidence of community spread of the virus.

On October 1, cases of the virus were reported in Auckland. The election was postponed until October 17, and the country was again locked down. But by the time of the election on October 17, however, it had been determined that there were only 2,000 cases nationwide and only 25 deaths as a result of this virus so far. The mask-wearing and social distancing requirements were removed shortly after this announcement.

Ardern had effectively overseen New Zealand’s successful response to the pandemic with a combination of science-driven hard-line policies and a deft human touch that included casual empathetic online appearances and a promise to children that the Easter Bunny and Tooth Fairy would be treated as essential workers and allowed to continue performing their jobs.

Ardern’s landslide victory was rewarded by voters, who gave her 49 percent of the vote. Labour had its best showing at the polls in a half century and stood to become the first party since 1993 to be able to form a majority government without a coalition partner.

The Green Party, which had been part of Ardern’s ruling coalition, increased its share of the vote from 6 percent in the last election to 8 percent this time around. This came at the expense of the opposition National Party, which fell from 44 percent of the vote in 2017 to 27 percent.